As news-people, we all have a pretty thick skin. But it’s hard to turn the other way when the audience you work so hard to please starts posting comments like this:

What does it mean? Do they hate you? Will they never turn to you for news again? Instead of trying to read the Troll’s mind – let’s look at the data.

Facebook provides a “Total Comments” metric for every post made. It’s simply the total number of comments on that post, regardless of whether those comments are positive or negative in nature. Every comment increases your “Total Comments” which increases your “Total Engagement” (comments + reactions + shares + clicks). When your Engagement on a post goes up, it’s more likely to be seen in the News Feed. So even though it might sting a little, those Trolly comments actually do increase your Engagement.

Facebook provides a “Negative Feedback” metric for every post made. This is where it gets serious. Unlike a “negative comment” which amounts to mostly nothing, a “Negative Feedback” means someone actually Hid the Post, Hid All Posts, Reported the Post as Spam, or Unliked your Page. These aren’t readily displayed – you have to go digging. But if you’re worried about how your audience is reacting to a certain type of content or if you start to get more of those Trolls – Negative Feedback is the first place to look.

How do I track that?

If you’re using SND, you can easily find this metric in your Post Manager. You can then sort by Negative Feedback for any time range and subset of users, posts or pages. This will show you the “most offensive” posts as far as your audience is concerned.

When should I be concerned?

Negative Feedback will organically scale up on posts that have also received a lot of Reach and Engagement. In other words, the more people interact with the story, the more likely people will interactive negatively. So don’t sweat it if a post reaches double-digit Negative Feedback hits so long as the Engagement for said post is through the roof!

So what do I do about Trolls?

In most cases, Trolls are not to be fed. If they’re offensive, don’t engage; just quietly hide the comment (hiding allows their friends to see their comment, but not your general audience) and move on with your life. If the commenter is civil, asking an honest question or trying to make a point, politely acknowledge their thoughts and feelings and try to end it there. After all, we’re all human. Even the Trolls. 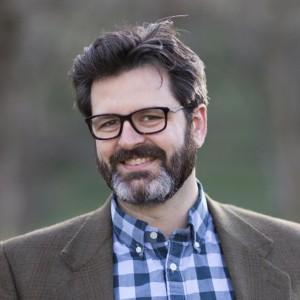